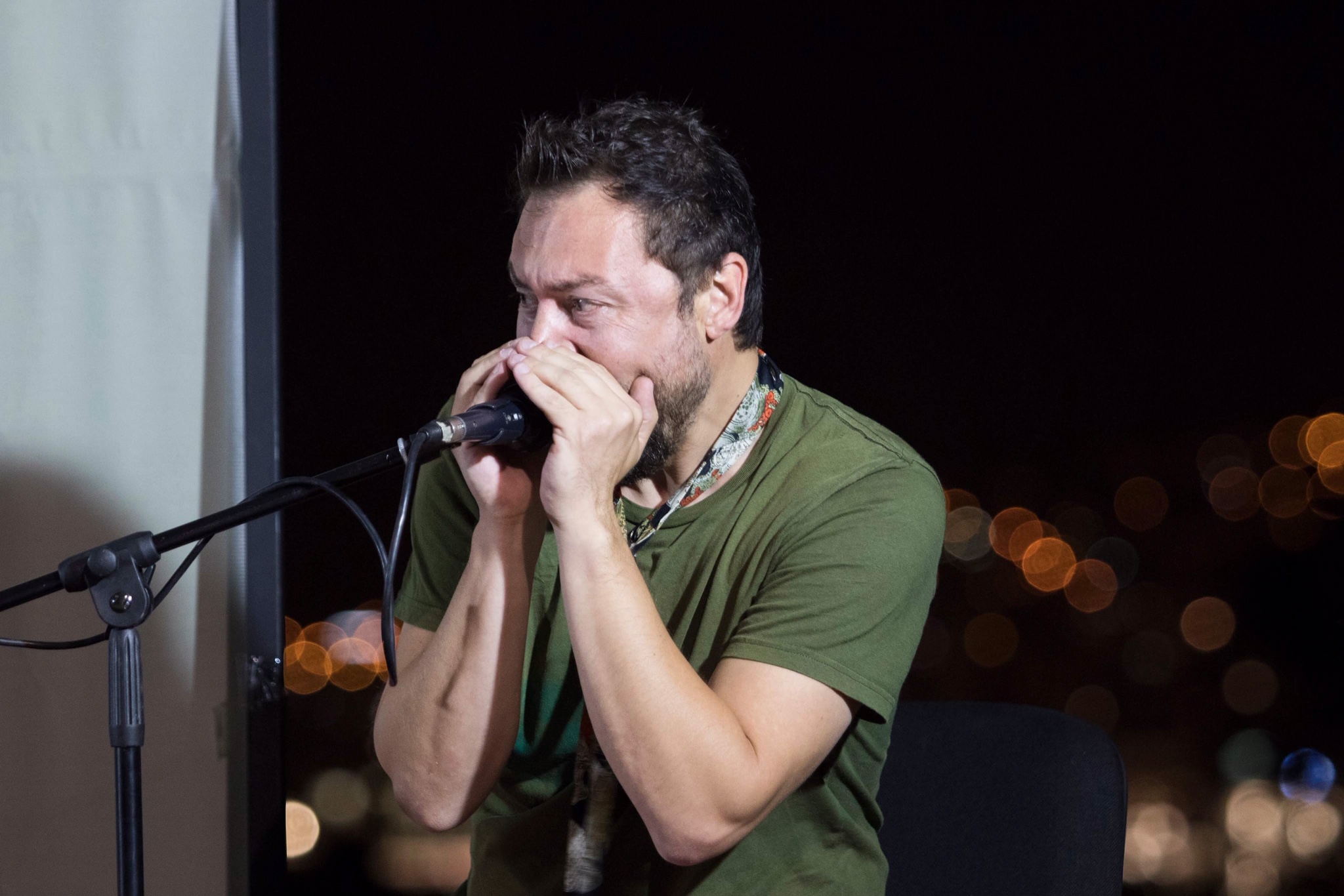 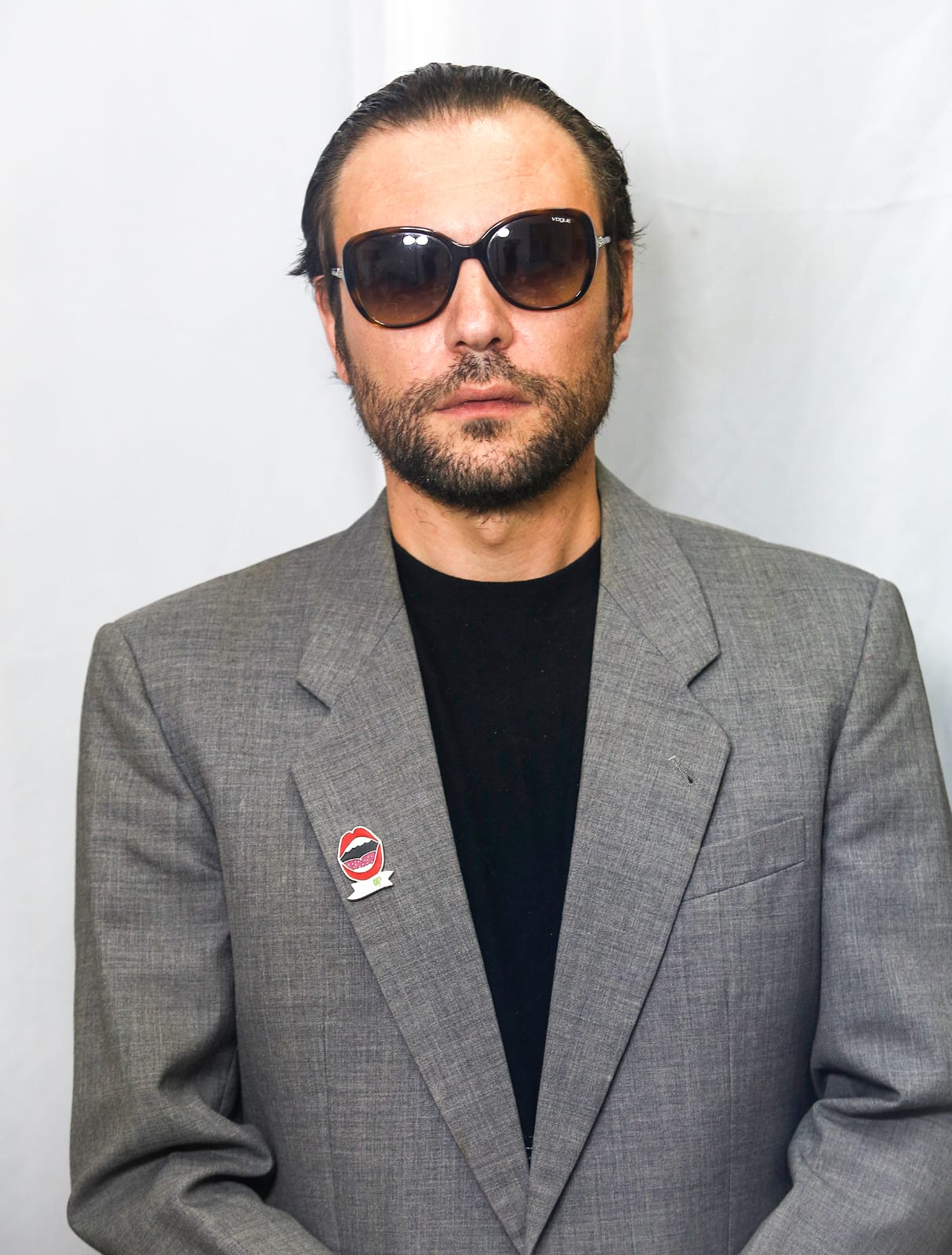 YordanKostov (born in 1978 in Kavadarci, Macedonia) is a Macedonian versatile musician, accordionist, composer, improviser, arranger, producer and pianist.  It is about an artist who has crossed with prejudices and has overcome the fear of conventional creative communication with the global world, creating his own unique music and expressions that persistently struggle the forms of the commercial music.  Mostly free in his musical forms, the avant-garde music of this versatile composer and accordionist, moves within the frames of jazz and world music, at the same time nurturing the influence of the classical middle age masters, and keeping the connection with the Macedonian music including its exotic scales and rhythms. Yordan’s music can be characterized as surreal, cerebral, uncanny and dark while his contemporary compositional work often includes special instruments, open improvisations, even electronic noises that help explore new and unknown dimensions of creation and interpretation.  The musical conceptions go from solo performances, small jazz groups and big bands to different unconventional ensembles and musical combinations.

Graduated from the Faculty of Music Arts – Skopje, at the department for accordion, Yordan is currently on master studies at the Faculty of Music Arts –Shtip. However, besides his formal education, Yordan has been always living and working as a world citizen – providing value to society by using knowledge acquired across cultural contexts, acting like a traveler who is connecting cultures and supporting art.

After performing on many festivals on the Balkan and having concerts with different formations, starting from famous Ohrid summer festival (Macedonia), Jazz Festival Kavadarci (Macedonia), Bosh Festival – Gevgelija (Macedonia), Fusion Ethno fest – Belgrade (Serbia), Spancirfest – Varazdin (Croatia), Cultural Center Umblock – Thessaloniki (Greece), Sarajevo jazz festival (Bosnia), etc. with different formations including “Ensemble Moderna”, “Starowski” and “SvirtsiizKavadarci,” YordanKostov’s path takes a new direction, back in 2013.  Later, making stops at the jazz capital of the world – New York City, Yordan’s journey continues in the Far East which might be a turning point in his career.  This new wave starts with his participation in a Swiss /Chinese program for initiative in culture and art, at Swatch Art Peace Hotel Artist Residency in Shanghai.  He is a founder, composer and arranger of the Huangpu divers orchestra (an orchestra with 14 artists coming from China, India, USA, Japan, Great Britain, Italy and playing traditional western as well as Chinese instruments).  This project results with two hours of new original music in which Kostov delicately connected the rhythms he took there with himself (traditional Macedonian sound, jazz, contemporary world music …) with the harmony of the environment in which he found himself.  In China, Kostov continues to perform with different formations, mostly on the Shanghai alternative scene, but also collaborating and writing music for the JZ big band, being a member of Paper killers, Dragozel ensemble…

‘Huangpu Divers’, a music compostition and performance written and arranged by former artist-in-residence Yordan Kostov during his residency at the #SwatchArtPeaceHotel.

YordanKostov also performs in Tokyo and other centers there with his ensembles such as Shinagawa divers, the experimental percussionist Marcus Fernandez and many other avant-garde Japanese artists.  As said by Kostov, “There is a constant progress in the whole story and you tell it with different musicians from different regions.” Those global collaborations include not only musicians from that part of the world, but also Americans, Germans, Indians, and the basic condition for collaboration is “to celebrate freedom of thought and performance.”

This is only one part of YordanKostov’s nomadic musical adventure that lasts until today and which is sporadically interrupted by his short stays in his native Macedonia.

The latest projects of YordanKostov include formation of the band Avadarxi Quartet (2019), as a continuation of Avadarxi Ensemble, and releasing the album „(Waiting at the) Turnstiles “.  The music of this band comes as a result of a spontaneous compositional-improvisational process, which is acoustically located at the triangle of creative jazz, contemporary classical music and ambient noise.  It consists mostly of freely improvised atheism or monothemical music.

YordanKostov continued his work during the turbulent 2020, publishing new albums with PMG Jazz Lebel, with his latest band – YordanKostov Quintet, where again he presents his own music, but also, he collaborated with New York based artist Anna Michaels and her poetry in the project: “Abstract Attitude”.  One of the albums recorded with his own quintet is named “Plush Pig”, where he collaborates with local progressive young musicians – Filip Bukrshliev on guitar and Andrea Mirchevska on double bass.  “Sanfona De Grapa” is an unaccompanied accordion album where he also is a composer of the complete music, while the fourth recorded album is named “Mi amore.”  Yordan had a performance with his Quintet at the local jazz festival “KrajVardarot jazz,” (Skopje, 2020), but also, he took part in the last edition of the eminent festival of world music, “Off Fest”, a festival organized by SJF Skopje, performing with the band “Baklava”.

His music is used for theatre and movies in Asia, Europe and South America, while in his prolific career he has also been Art director at ,,Mucci,” culture center in Shanghai, and worked in the Shanghai art direction where he was art director, organizer and performer at the World music festival (club Utopia, 2016).